Sometimes I think about how nice it is to live in a city where other people go on holiday. In the same moment I think about the people living next to the beach, they live where I make holidays. Anyways my daily way to work takes me along the Danube from north to south. No matter if by car or by bike I can see all sights among the Danube and there are some. So today I decided to take my camera with me which I planned all week but today finally I did and took pctures of the biggest sights in Budapest which I see every day. My private daily sightseeing tour in Budapest.

As I live in the north part of the city on Pest side the first thing that I can see is Margit island.

OK, Margit island is not really a sight but it is the green lung of Budapest. I could even go through Margit island but today I didn’t.

Already in the morning hours the queue of tourists waiting for their parliament tour is quiet long. I took a picture of that as well but its not really a sight so I leave it out.

Almost during the entire way to work I can see the Mátyás church in the castle district and the fishermen bastion including the beautiful Hotel Hilton. 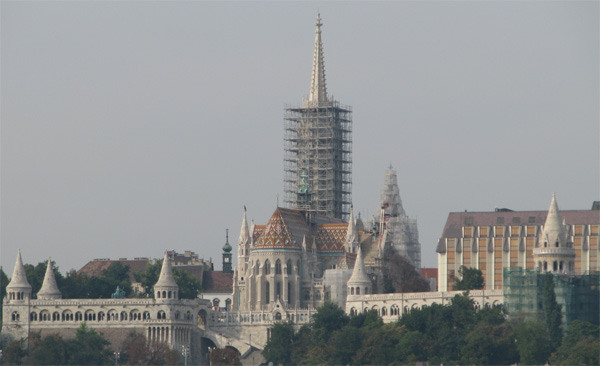 Well the Hilton actually destroys the picture. I don’t understand who gave the GO for building this ugly hotel right next to one of the most famous sights in Budapest. Probably some private money was involved.

Next thing on the list is the Buda castle. 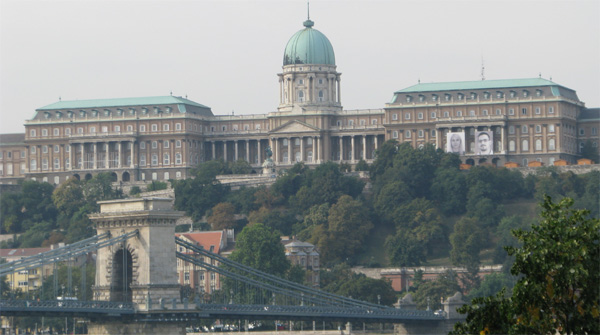 In daylight the Buda castle is not as impressive as at night. You have to see it with all the lights on. Impressive.

On the bottom of the Buda castle you can find the oldest and most impressive bridge in Budapest, the chain bridge.

Same story here, at night the chain bridge is absolutly beautiful. One reason why I love Budapest

Not really a sight as well but a very beautiful building and in the same time the most expensive hotel in Budapest, the Four Seasons at Roosevelt Tér.

Here usually superstars like the Rolling Stones or Robbie Williams have a sleep.

After passing ugly hotels like the Sofitel you can find the next sight, the Citadella on top of Gellert hill. 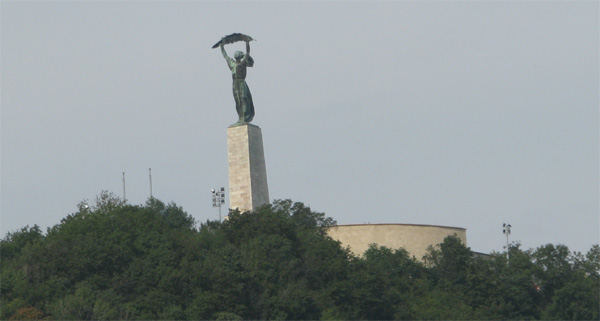 If I turn around 180 degrees I see the Grand Market hall of Budapest.

The Grand Market hall is surrounded by constructions for Metro 4 nowadys quiet heavy.

The last sight I see on my daily trip is the famous Gellert hotel on the bottom of Gellert hill.

It is nice to watch but as I heart it is not worth the price if you decide to stay there.

So in total I cover loads of sights on my daily way to work (and back) of course there are several other things I see like the Café Gerbeau or tons of churches along the Danube, especially on Buda side but that post would be too long if I would upload a picture for every little thing I see. It is nice to see all these places but as I said before at night it is much more impressive so thats one reason to wait for the winter because than I can see them all in the evening when it gets dark earlier. By the way this ride takes about 40 minutes so if you want to see a lot of sights and like riding the bike go ahead and rent one.

Essential tips for your stay!